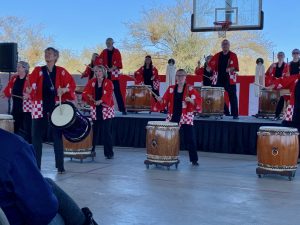 Happy New Year! In the Chinese zodiac, Rat is believed to be industrious, thrifty, diligent and positive. According to myth, the Emperor decreed the animals would be ordered according to when each arrived at his party. Rat convinced Ox to give him a ride – and as they arrived at the finish line, Rat jumped… [Read More] 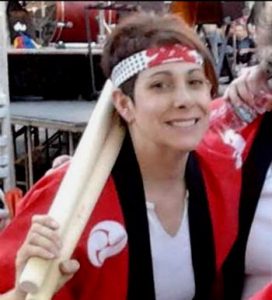 Rebecca starting playing taiko with Watsonville Taiko in California before considering a move from the west coast to the southwest. Her new love of taiko narrowed down her choices of city to settle in — Tucson became her new home in 2005 and Odaiko Sonora was one of the reasons she ended up here. Performing… [Read More]

Looking for an energetic way to start your event? To get kids moving, or to motivate your team? Odaiko Sonora is uniquely qualified to meet those needs. Taiko is a musical team sport, an expressive martial discipline and irresistible fun. Taiko fully engages mind, body, and spirit and leads to better health, a better attitude and improved team function.
BOOK US TODAY!

Click to donate by PayPal or credit card.
Prefer to mail a check? Have a question?

Your tax-deductible donation will ensure that southern Arizona's kids, communities and artists continue to benefit from the enrichment and support offered by Odaiko Sonora and Rhythm Industry Performance Factory. Thank you so much for your generosity and support of our regional arts, education and culture.

You can also donate as you shop:

Go to Amazon using the above link and AmazonSmile will donate a percentage of the purchase price of eligible products to "North American Folk Music And Dance Alliance Inc." Odaiko Sonora is an independent 501(c)3 using the group exemption program of NAFMDA.